How to Get Married Without a Wedding

Ways To Get Married Without A Traditional Wedding 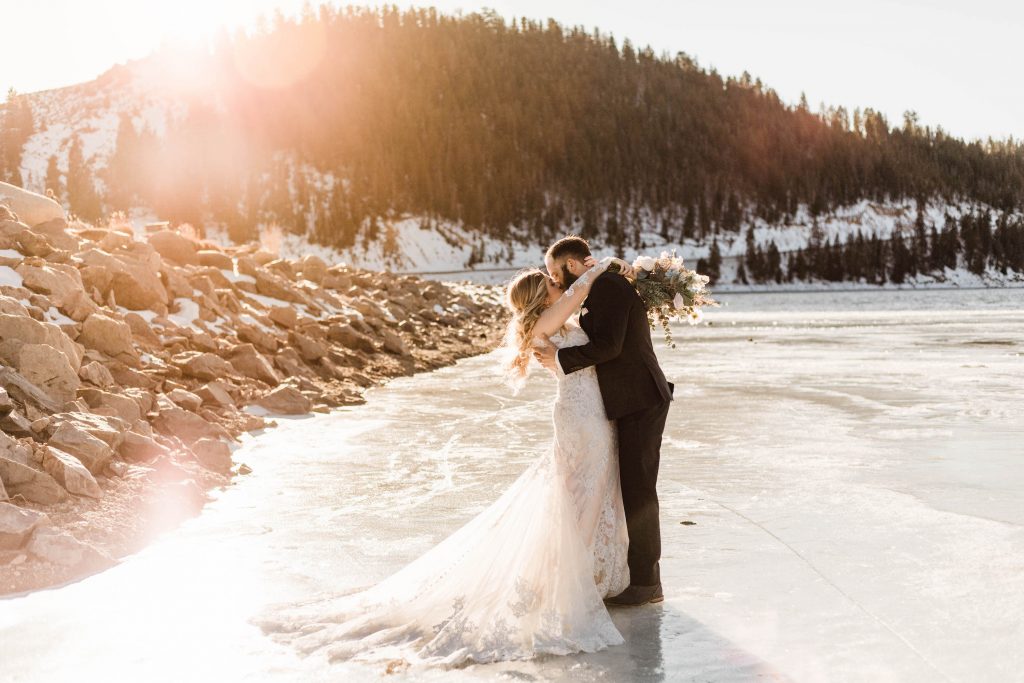 You’ve decided to get married and commit yourself to a life with your partner, but in the process of making that decision you may have realized that you don’t care for the wedding itself. Contrary to what the wedding industry wants you to believe, you don’t have to spend a fortune on a huge party, if that’s not important to you. You can, in fact, get married without a wedding.

There are three key ways in which you can get married without a wedding. Well two, if we’re getting technical. But I’ll talk more about that in a second. I’ll go over each of the three ways you can avoid the big, traditional wedding and do things your way on your wedding day. And at the end of the article, I’ll ask you a few questions to help guide you towards which route is best for you.

Click each tab below for more info on each way to get married without a wedding.

Elopements, by their very nature, are the rebellious way of saying "no" to all of the wedding industry's archaic rules and expectations. They focus on the experience of the engaged couple and not on the experience of a room full of guests. And in case you're curious, elopements are no longer defined as secretive weddings taking place in a chapel in Vegas. They've changed a lot, and honestly they make for an awesome way to get married without a wedding.

A civil ceremony is simply a wedding ceremony that is performed by a government official that isn't affiliated with any sort of organized religion (although there are exceptions where you could have a friend or family member officiate, depending on the state).

When you typically see civil ceremonies is when couples opt to get married without a wedding by going to the courthouse and having a qualified government official marry them. Typically, this is done because the couple doesn't want a religious ceremony, whether they have different religious backgrounds, don't affiliate with a religion at all, or simply want their wedding day to not incorporate their religion.

There certainly are elopements that are also civil ceremonies, but I prefer to put them into two separate categories, which I'll explain later.

Remember when I said technically one of these ways to get married without a wedding wasn't officially a way to "get married." A commitment ceremony is exactly that.  It's essentially a way to have a wedding ceremony without the marriage license. A commitment ceremony can include many of the same aspects of a traditional wedding ceremony, but the key difference is that it isn't legally binding and the couple isn't married after the ceremony is completed.

But commitment ceremonies are not legally binding, so you're technically not married in the eyes of the law. For some couples who feel like marriage is not right for them, but who want to express their commitment to one another, a commitment ceremony is a great fit.

So Which Choice is Right for You? 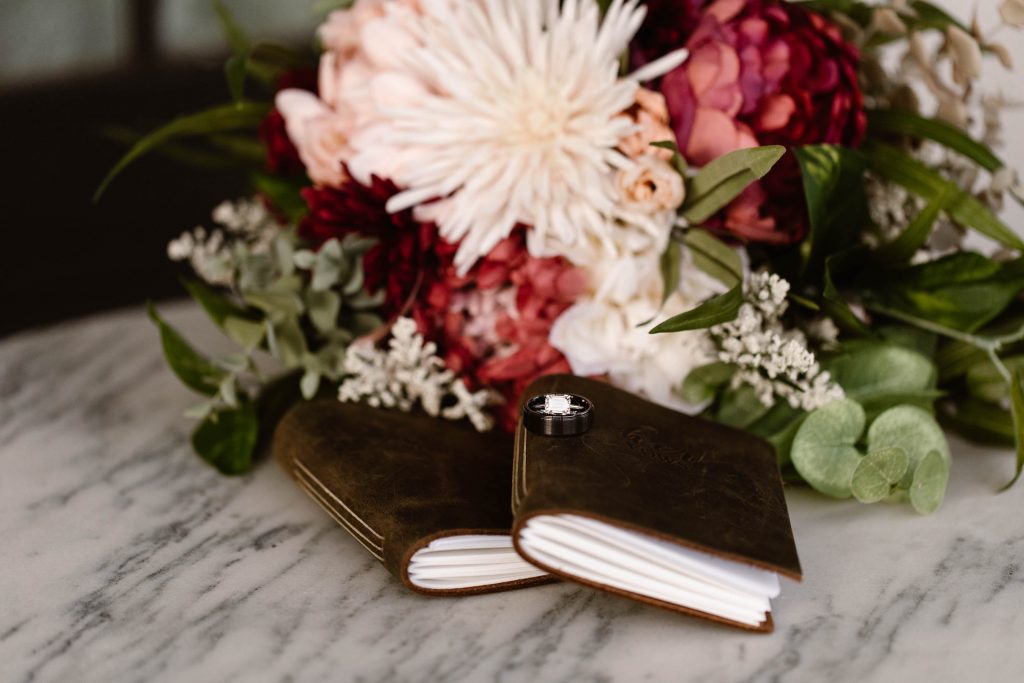 Do You Want To Be Legally Married To Your Partner, Or Would You Prefer Your Ceremony Be More Symbolic In Nature?

Elopements and civil ceremonies/civil marriages are both legally binding ways to get married without a wedding. With elopements you'll pick up a marriage license from the County Clerk and Recorder and you'll sign it on the day of your elopement and then have it filed after its completed.

Do You Want To Make Your Day A Full Day Celebration Or Just A Short, Quick Ceremony?

With a full day celebration, you're not only having a ceremony that allows you to get married without a wedding, but you can spend your day with your partner doing activities that you love, whether that's a picnic by your favorite alpine lake, hiking up the trail you had your first date on, sharing a meal cooked by a private chef in the cabin you're staying at, etc.

If you're looking for a way to get married without a wedding, and you want it to be short, sweet, and to the point, civil ceremonies are a great way to do this. Sure, you can make a day out of your civil ceremony, if that's what you want. Or you can simply take a quick trip to the courthouse and take care of the legal process there. If you're a no fluff, no frills type of couple, a civil ceremony can work really well. It's straightforward and simple, while still allowing you two to share vows, do a ring exchange, and incorporate many of the traditional elements of a wedding ceremony, if that's what you want.

Would You Prefer To Avoid Religious Elements In Your Ceremony?

A common reason why many couples opt for a civil ceremony is the fact that you can have a qualified government official perform the ceremony. This person doesn't have any sort of religious affiliation. Whether you and your partner are not religious, don't celebrate the same religion, or don't want your religious beliefs to be a part of your ceremony, a civil ceremony can be a good option. That isn't to say you can't incorporate aspects of your religion into your civil ceremony (you certainly can!).

Commitment ceremonies are also a really good way to express your commitment to one another without having to incorporate religious elements into your day, if that doesn't feel right to you.

Whether it's reading their favorite Bible verses to each other or kicking off their elopement ceremony with a prayer, there are ways to bring your religion into your day, even if you're not getting married with a religious official or in a religious building/estalishment.

I’ve seen elopements of all different flavors, each one customized to match what was important to the couple getting married. And since most of the elopements I document take place in Colorado, many of them happen without an officiant or any witnesses! The way I see it, elopements are hands-down the most flexible and freeing way to get married without a traditional wedding and all the baggage that comes with it.

As A Seasoned Elopement Photographer, I've Got Your Back.

As an elopement photographer who also decided she wanted to get married without a wedding (fellow eloper here!), I know firsthand what you’re going through. I spent nearly a year planning my own big, traditional wedding, only to decide I didn’t want a big wedding at all. So I found a way to get married without one.

As someone who has been in your position, I love helping couples do exactly that: figure out how to get married without a wedding, and giving them the resources to do so. Curious on how to craft the perfect words for your ceremony? I’ve got you covered with our complete guide.

Need some unique and unexpected ideas to incorporate into your day? I’ve shared my favorites.

Planning on wearing a gorgeous gown and can’t find the perfect one? I’ve rounded up my favorites, along with my best advice on how to choose. And there’s plenty more resources on the blog.