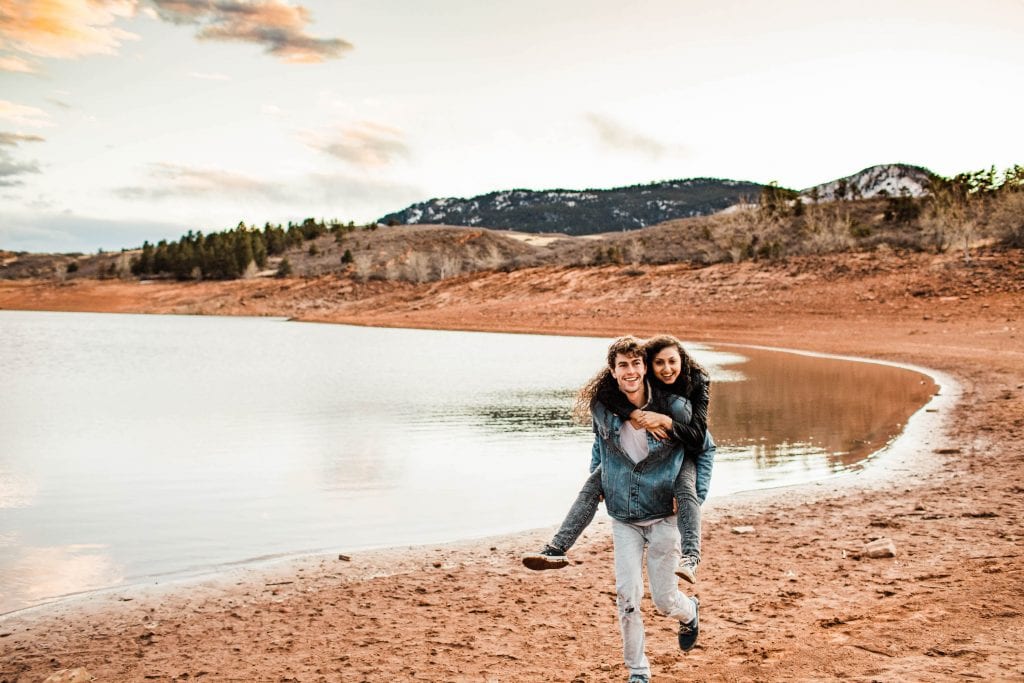 One of the best things about living in Fort Collins is that you can drive a short ten or fifteen minutes and be in the foothills, surrounded by views of the Rocky Mountains and chilly mountain waters. The sunsets out here? They’re pretty much pure magic, and you’re far enough out from Old Town Fort Collins that you feel like you’re in the middle of nowhere.

So while we were brainstorming locations for Hunter and Shaye’s Colorado adventure session, we knew the perfect little Fort Collins gem. We love this spot because it has the Colorado foothills vibe with the red-ish orange dirt and rock walls that you’d typically find in a place like Moab, Utah. It’s basically a mix of two of our favorite places.

We drove up into the foothills just in time for a classic Colorado sunset, where these two ran around, piggybacked, and played alongside the shoreline. It was so fun getting to see these two bring out their goofy, adventurous personalities. You can just feel the playful energy in every photo.

Eventually the sun began to hide behind the Rocky Mountains, but while a lot of wedding photographers out there would typically stop photographing once the golden light of sunset disappears, we personally love keeping our cameras out to photograph our favorite part of any adventure session: the blue hour couples photos.

The world gets a little quieter during blue hour. Most people up in the Rocky Mountains that day were already making their drive back down the hilly road into Fort Collins, but we decided to stick around a bit and witness the magic that can happen when darkness begins to set in.

These two took those quiet moments to look out into the water at the reflection of the Fort Collins sky. We all got to witness a complete shift in the vibe outdoors, as the sky grew moodier and just a bit sleepier. This little lake amongst the Front Range became a sort of escape from reality for all of us; a place that we shared only amongst ourselves.

At some point it became too dark and too cold, and we made our way back to the car to head into town, where we’d round out the night with some Thai takeout and lively conversation. And when I think back about this Fort Collins adventure session I get a little giddy, because it reminds me all over again what an incredible place Fort Collins, Colorado really is. Sure, we have some epic mountain towns in this state, from Aspen to Ouray, but let’s not forget the places that feel like home. They’re just as important, and dang are they beautiful. 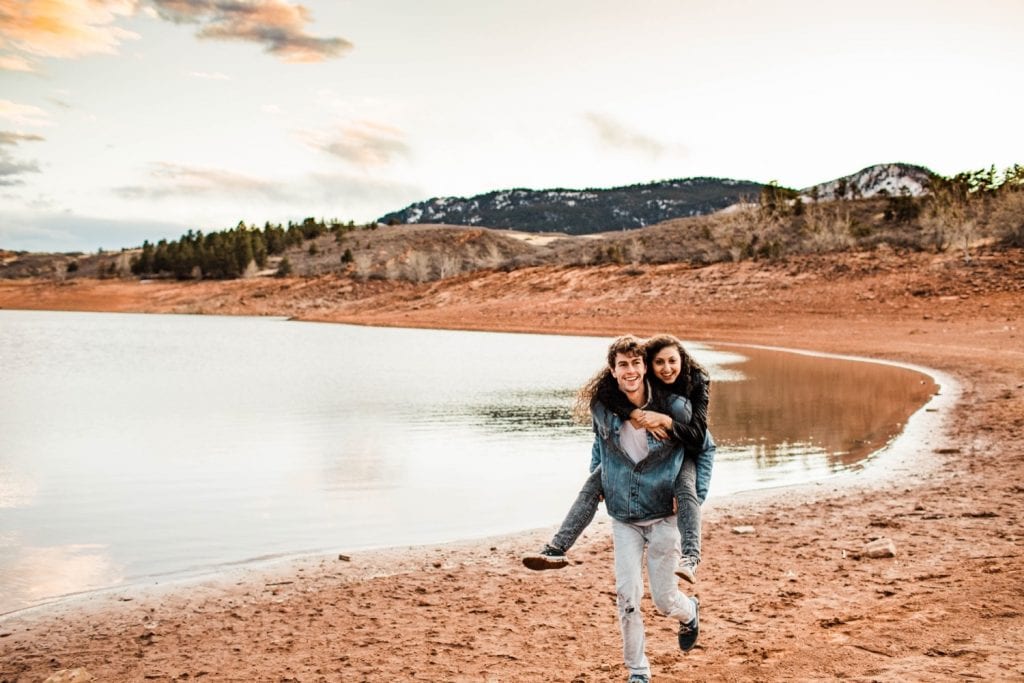 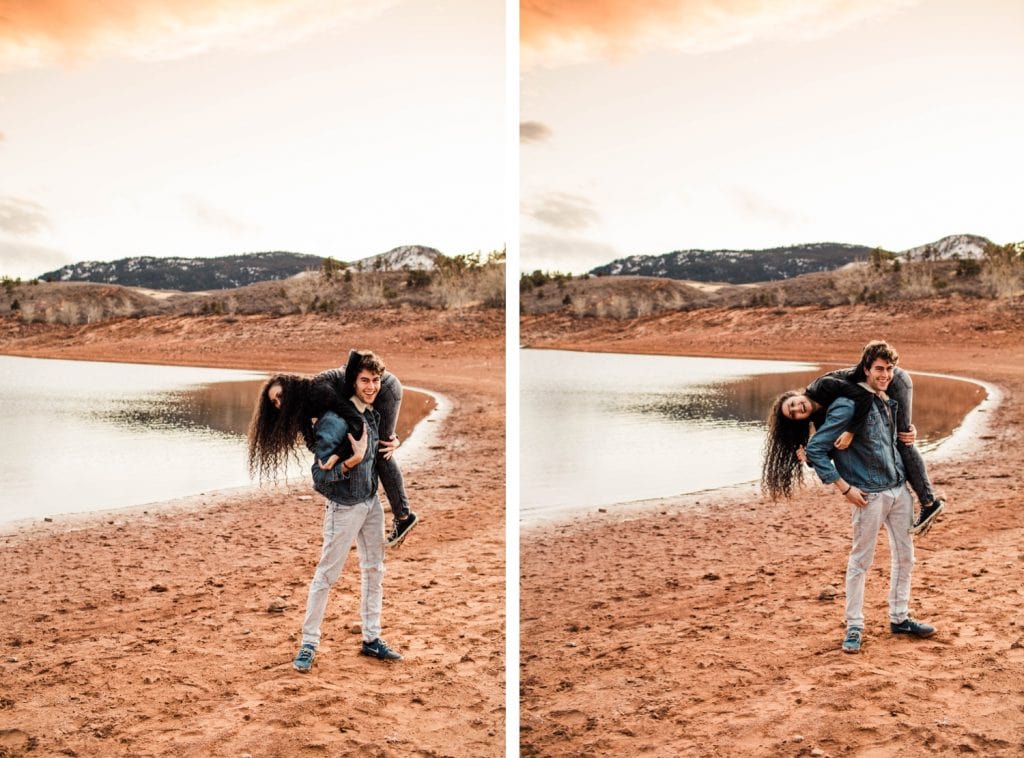 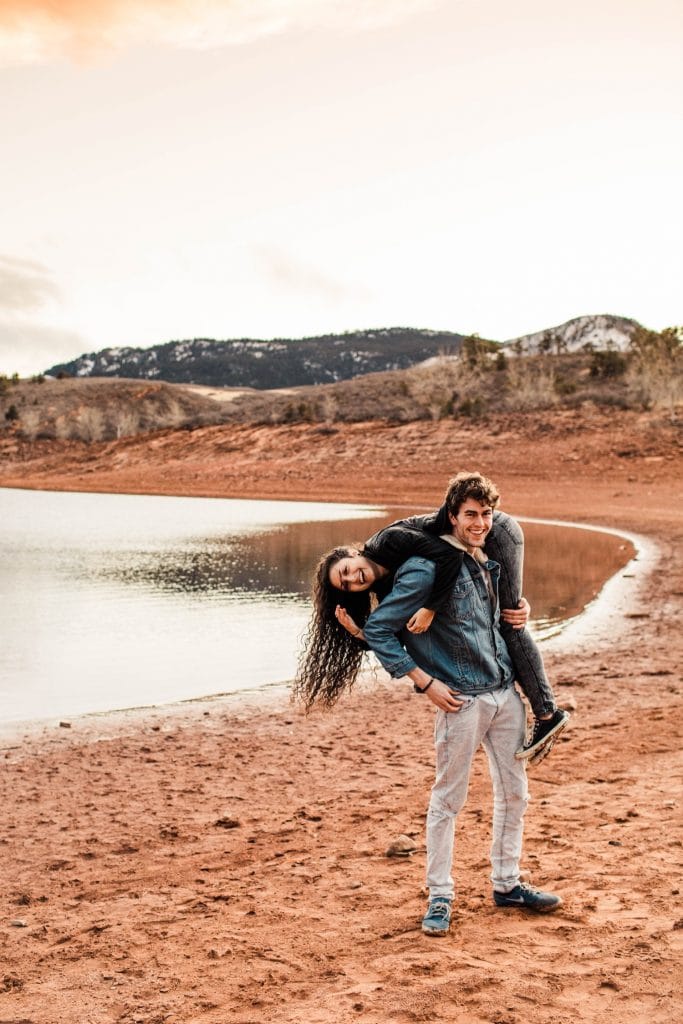 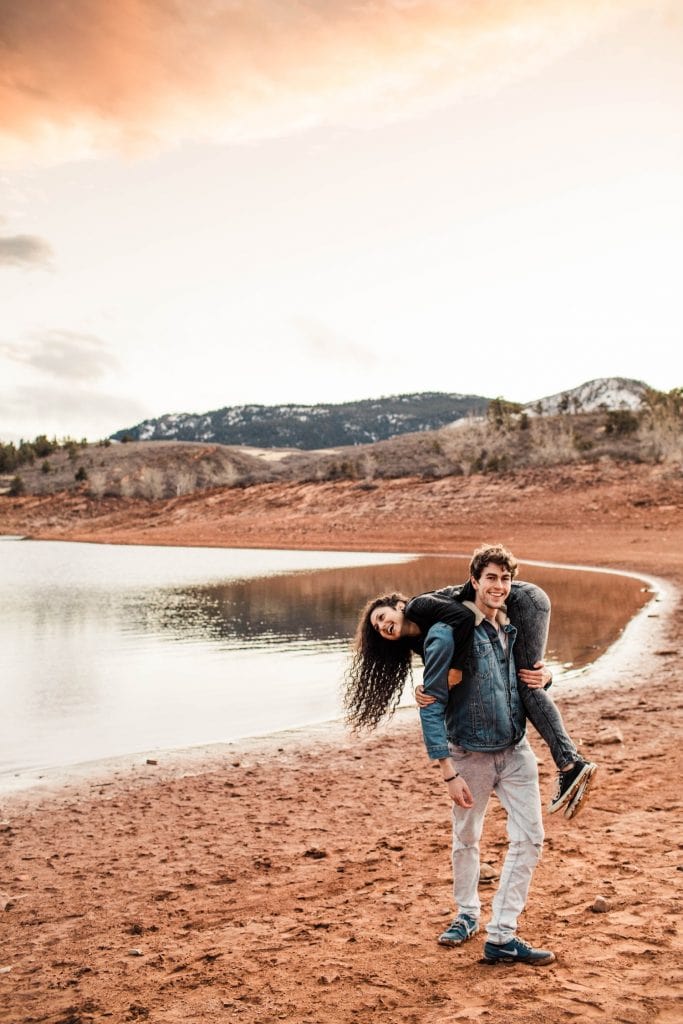 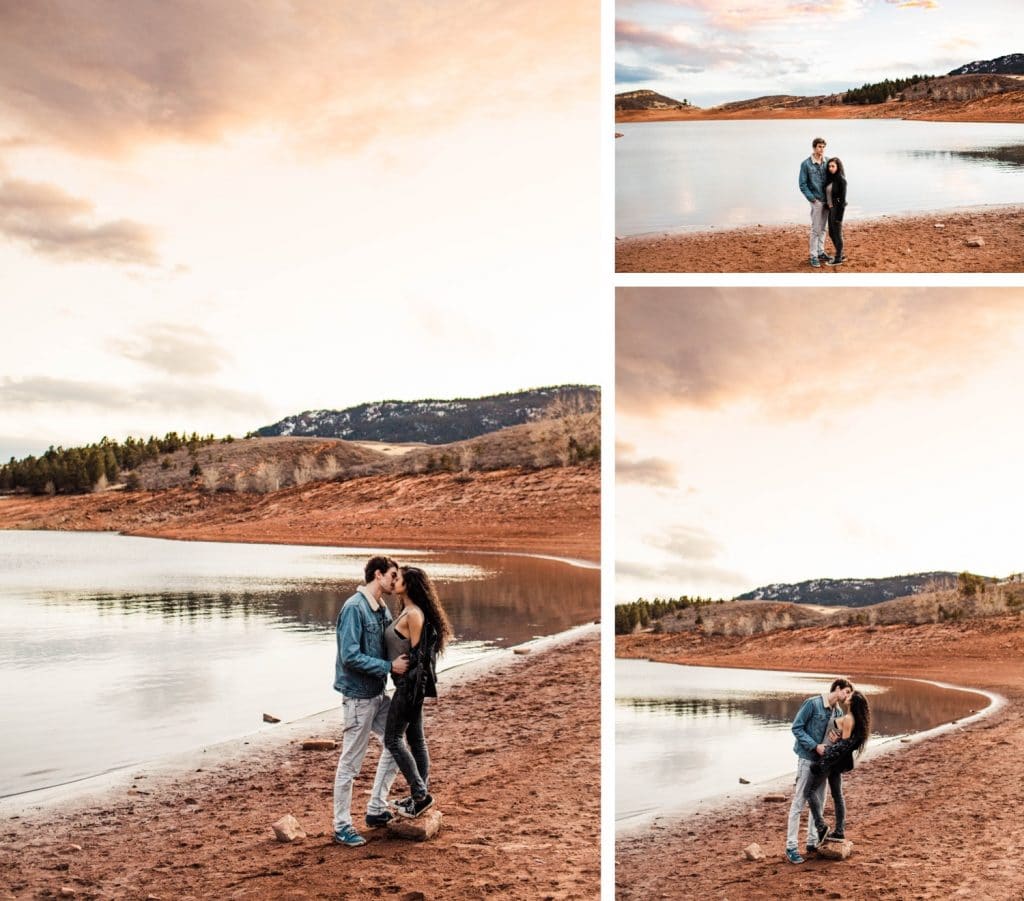 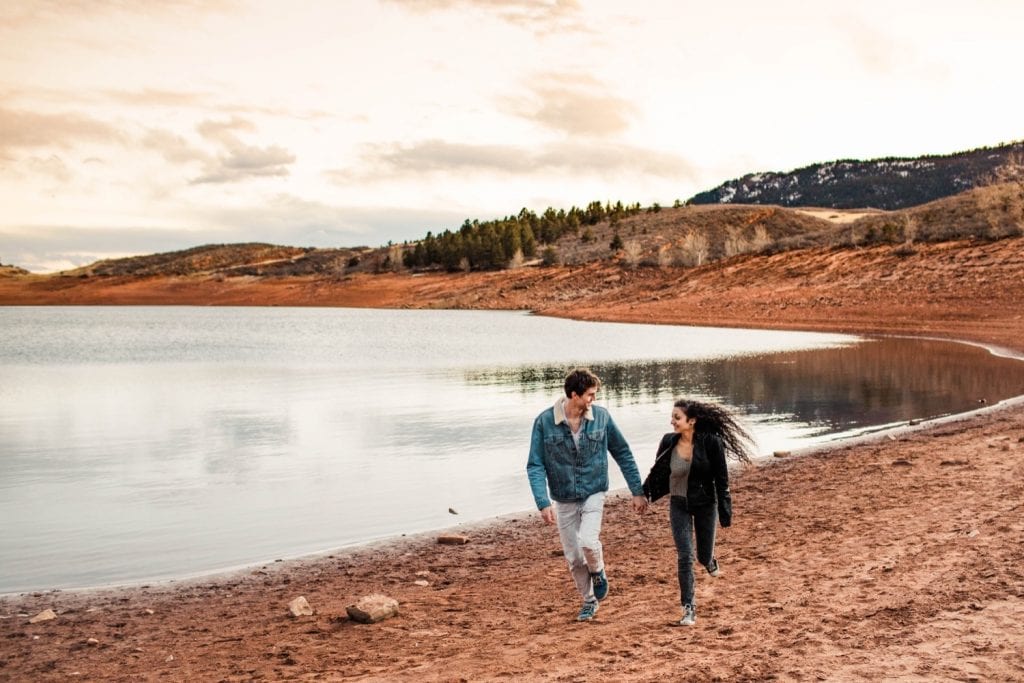 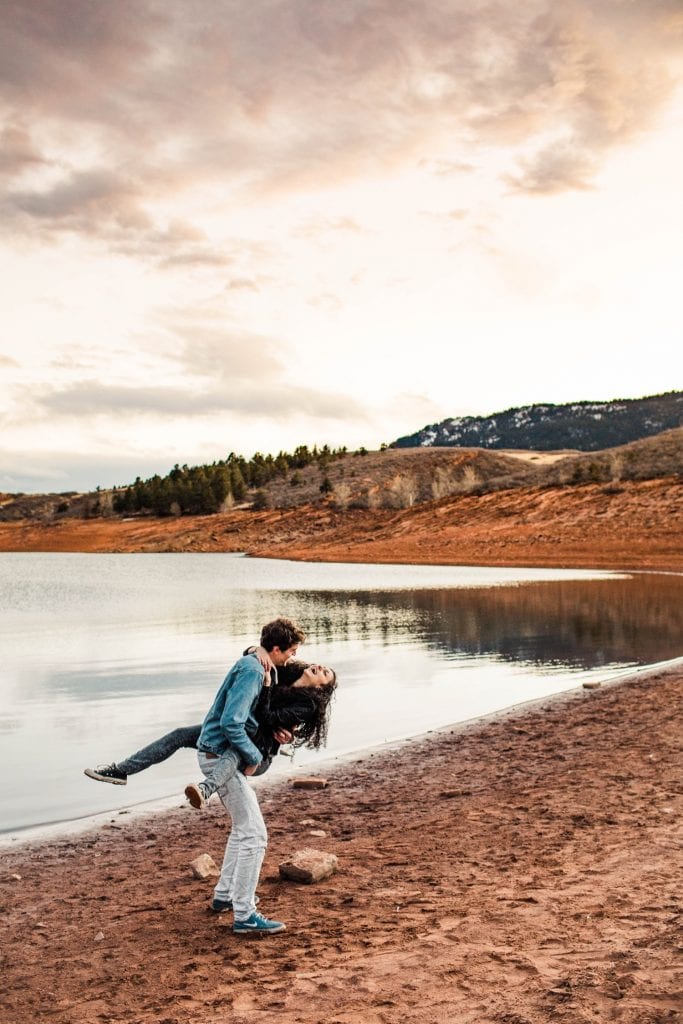 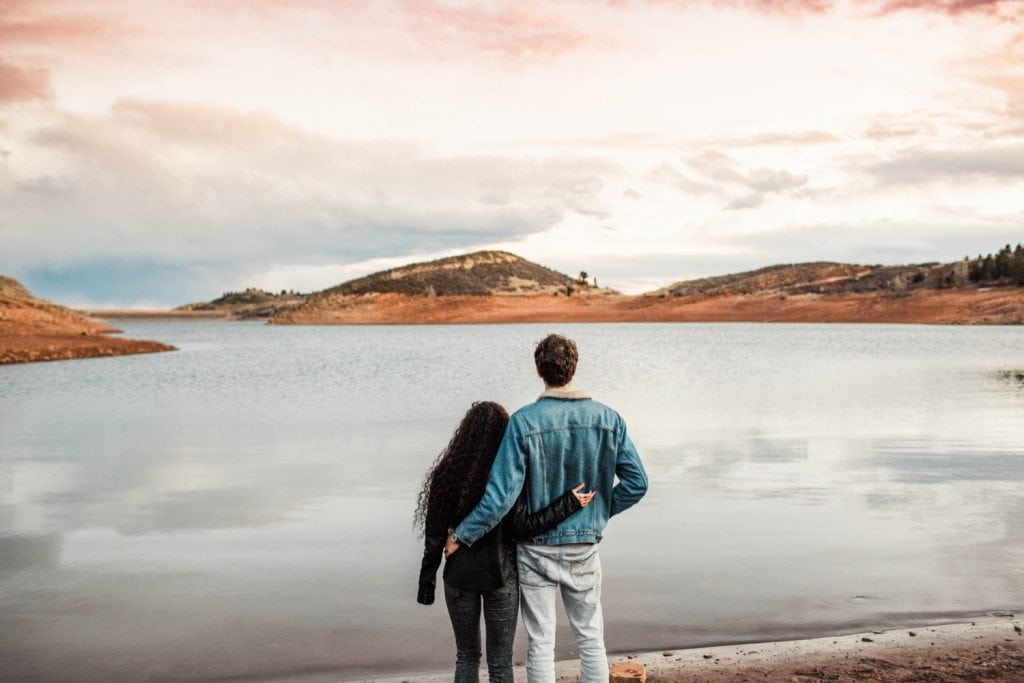 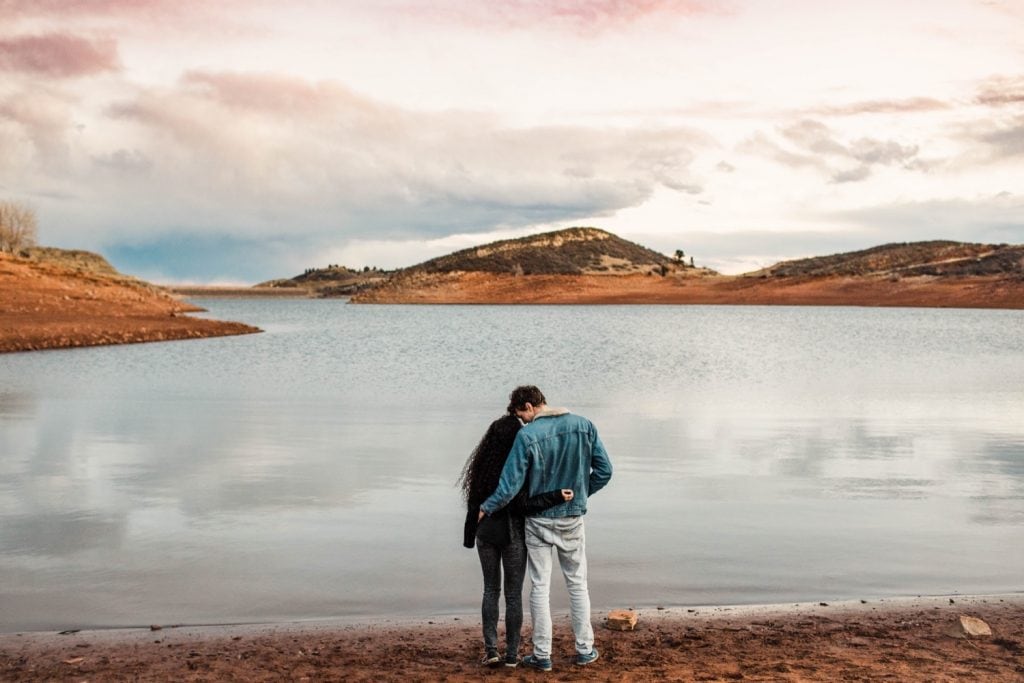 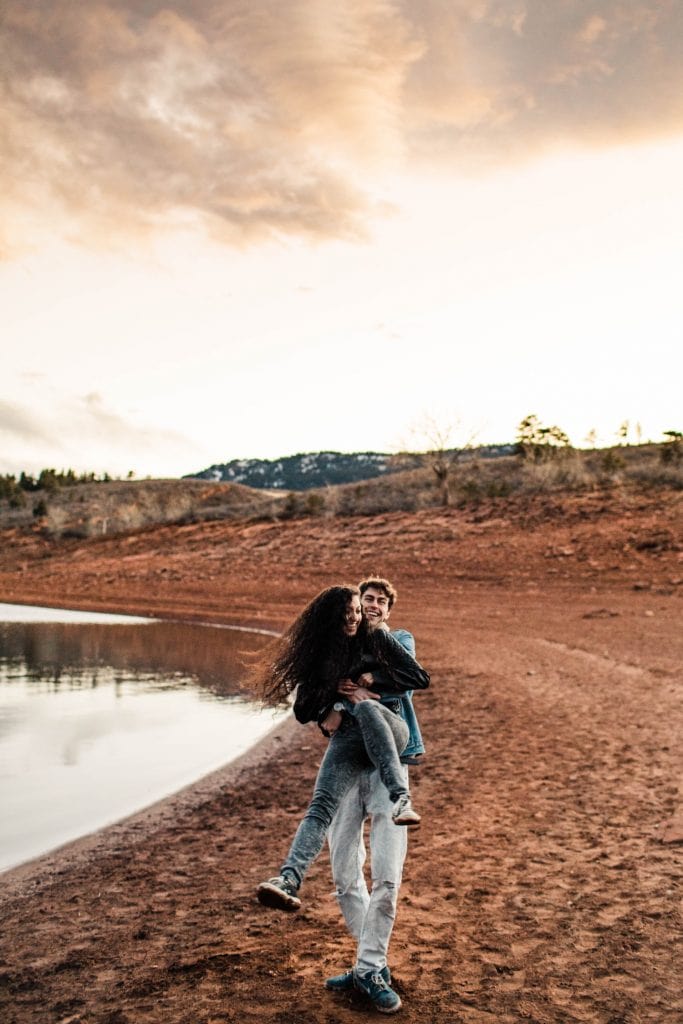 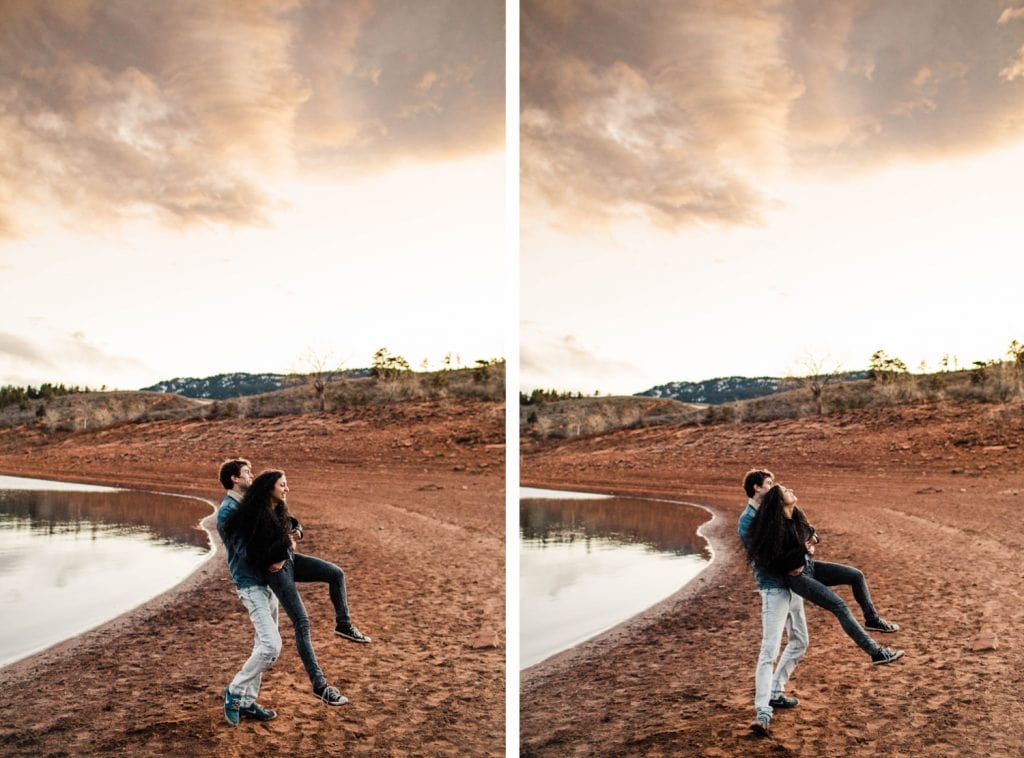 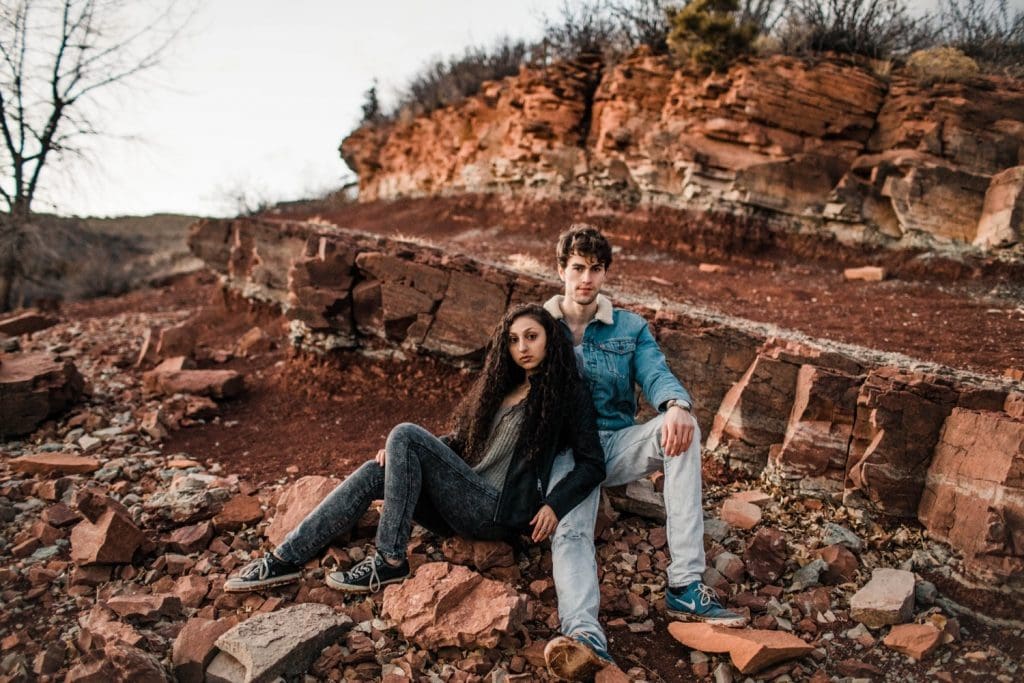 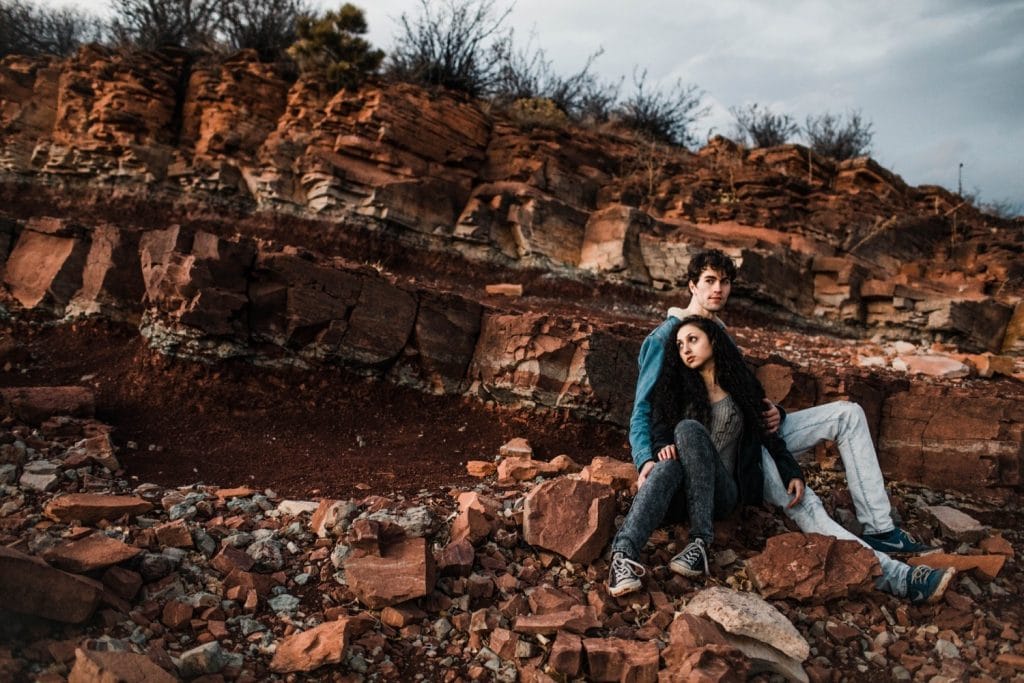 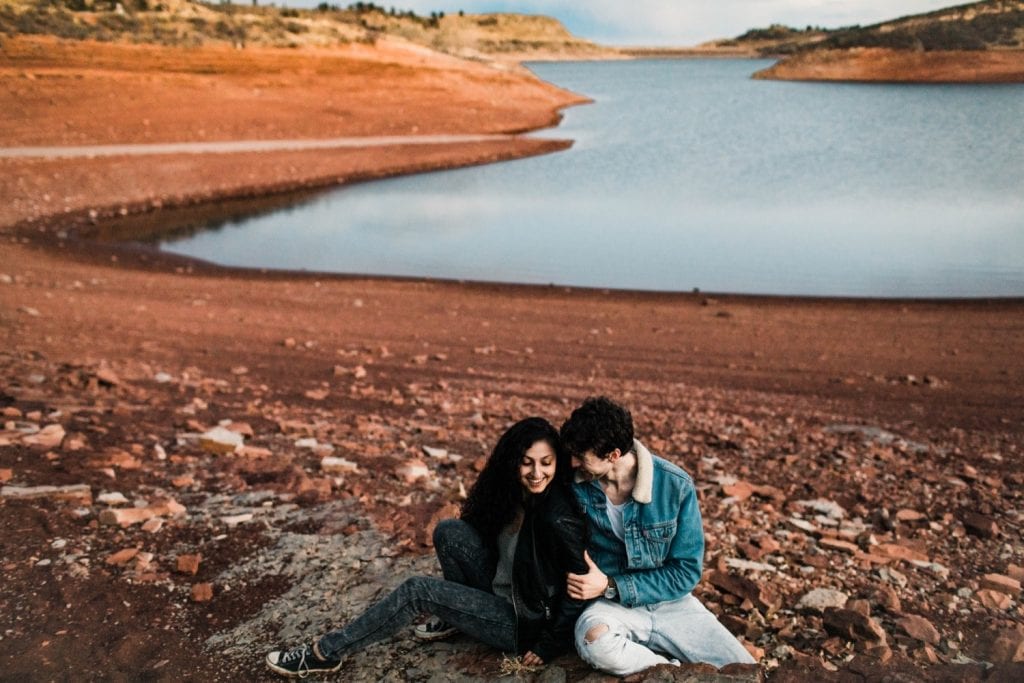 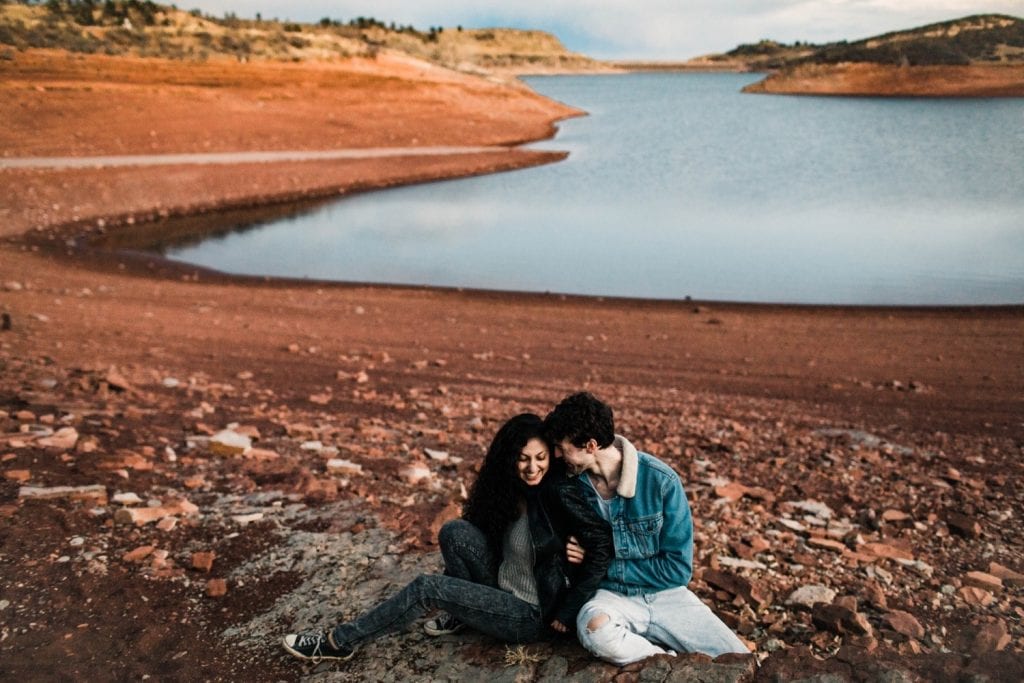 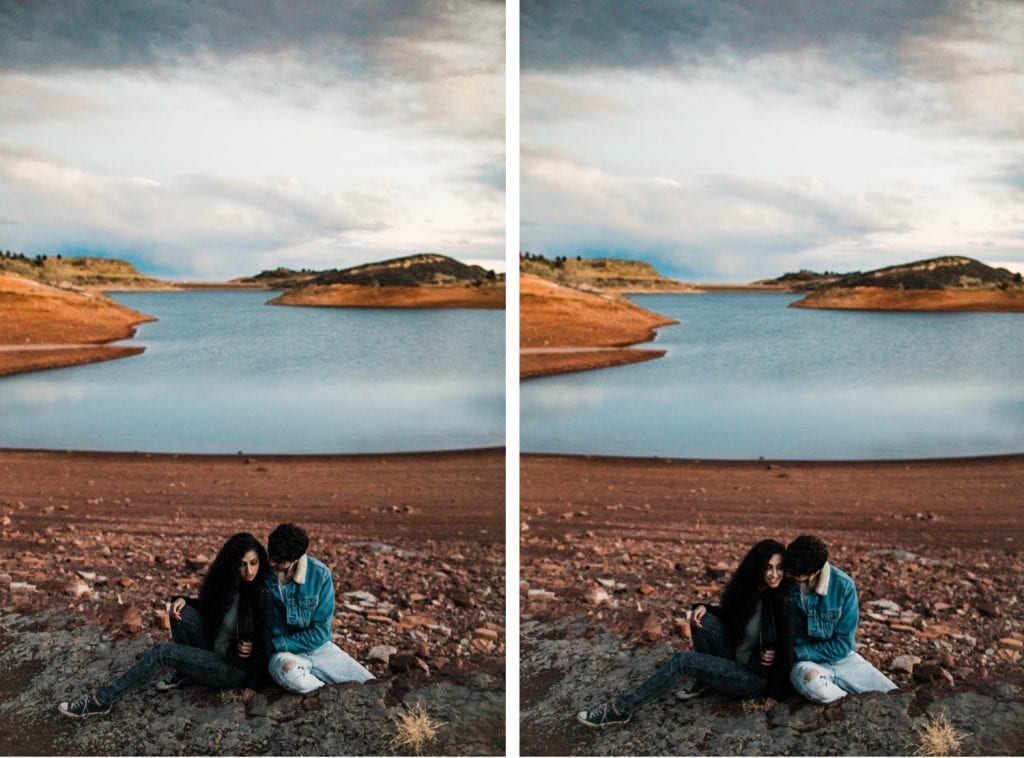 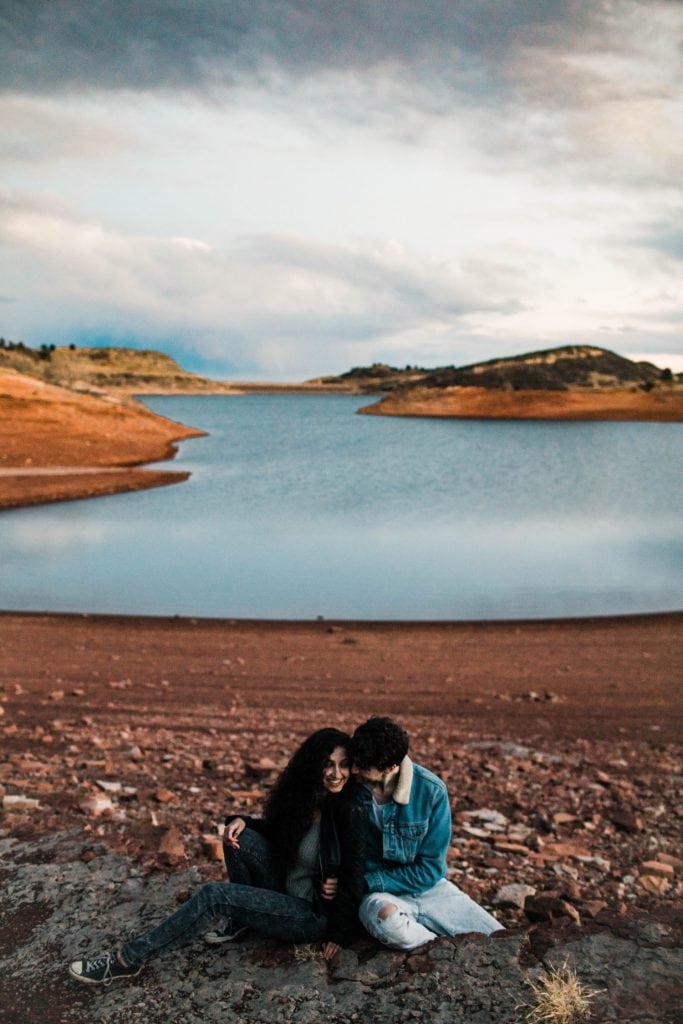 Chat With Us About Your Fort Collins Adventure Wedding!
PrevPreviousHow To Know If You Should Keep Your Adventure Elopement a Secret
NextSelf Solemnization in Colorado – Self Uniting MarriageNext