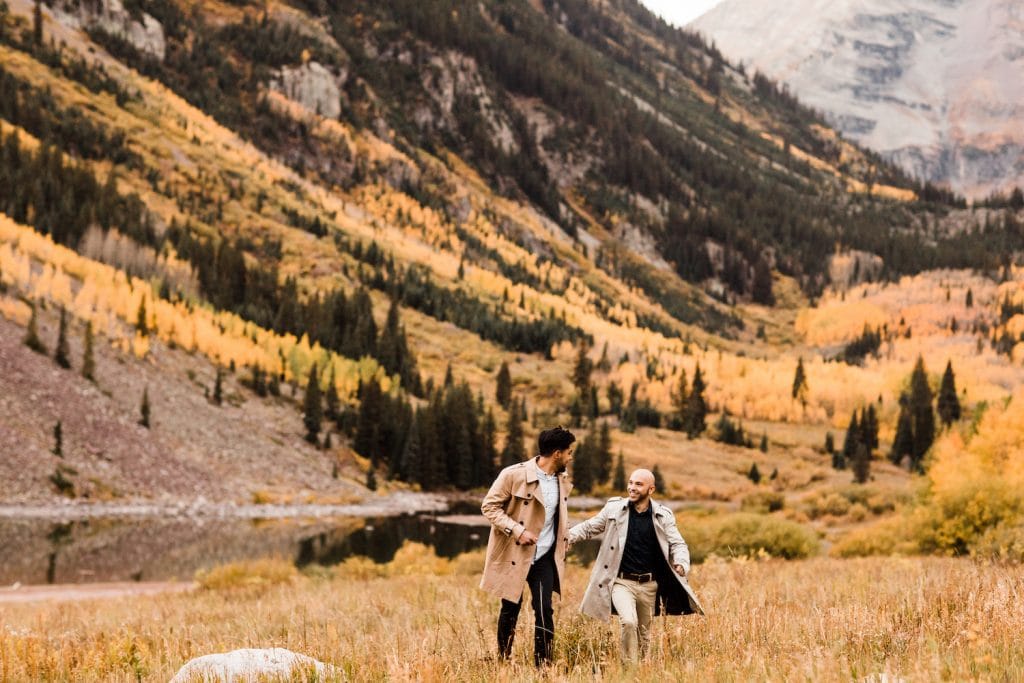 The other week we were contacted by none other that Brides.com asking to use our photo from David + Rob’s Maroon Bells proposal for their end-of-year epic proposal photos article. Honestly, it feels like we’re on cloud 9.

To be recognized by one of the premier, most well-known wedding blogs out there is just about the best way we could have ended the 2018 wedding year. David and Rob’s Aspen, Colorado surprise Maroon Bells proposal is super near and dear to our hearts.

These two are just about some of the kindest people we have met, and it was such an honor to photograph the proposal of a fellow wedding photographer (to say David has skills behind the lens is an understatement!).

The aspens changing color. The Bells showing off their beauty. These two frolicking through the fields and trees. Everything about this Rocky Mountain Maroon Bells proposal felt like it was straight out of a dream. 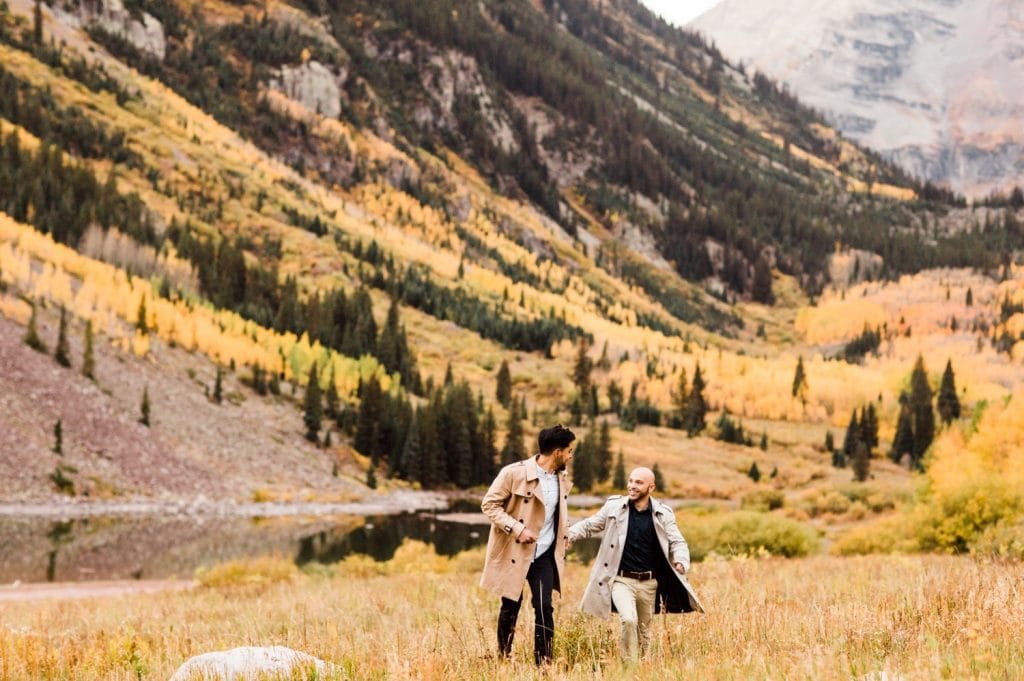 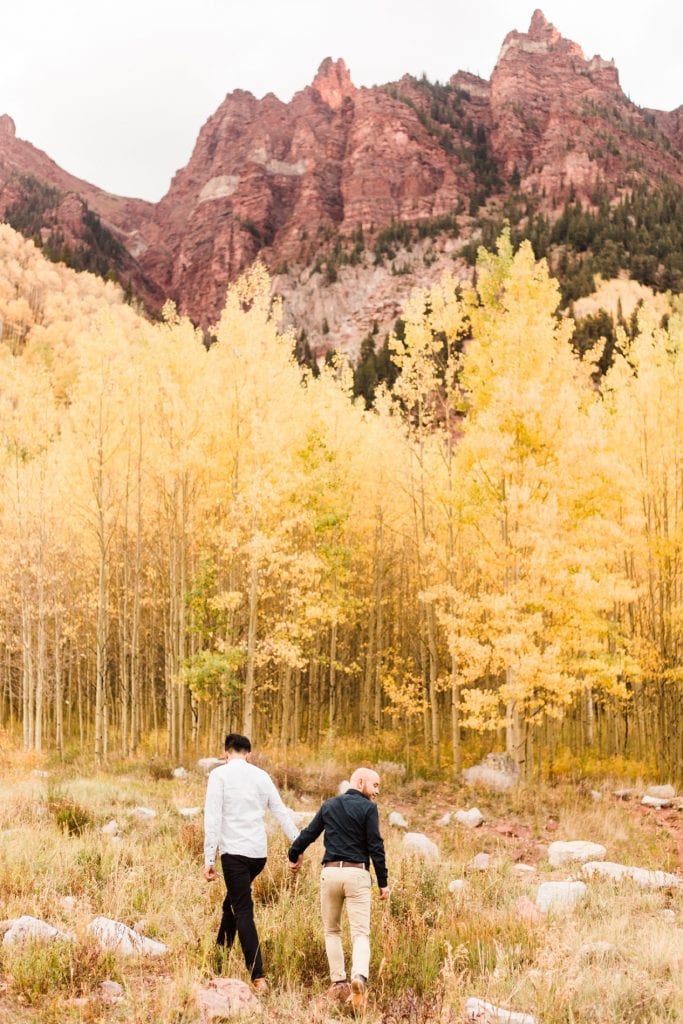 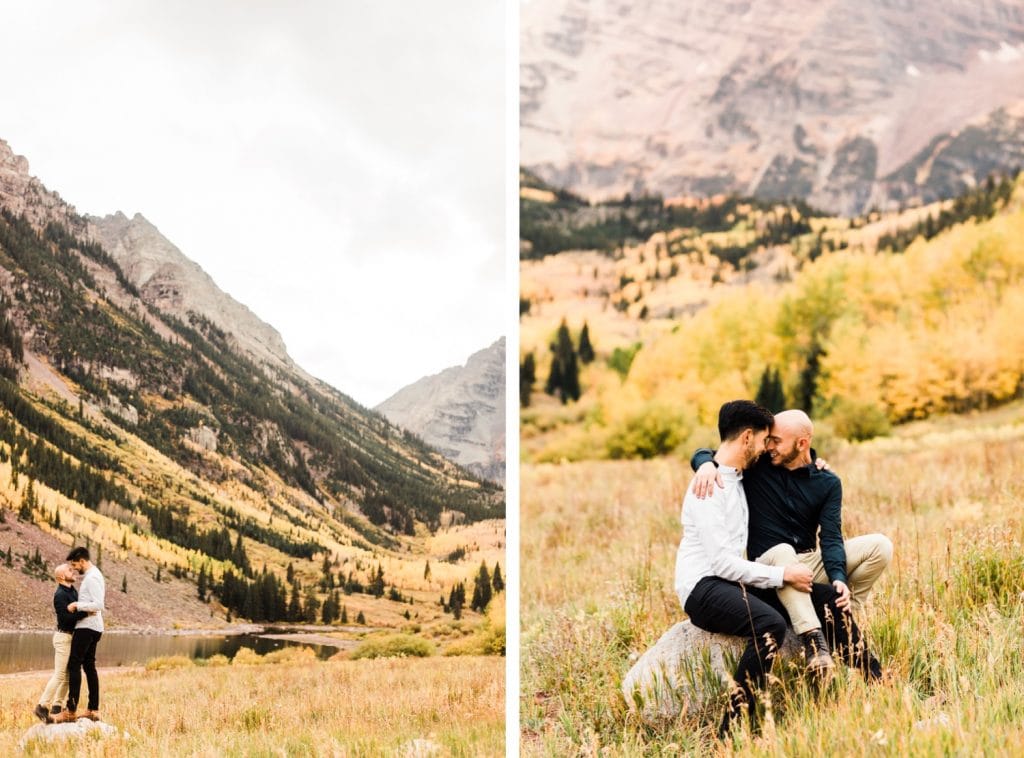 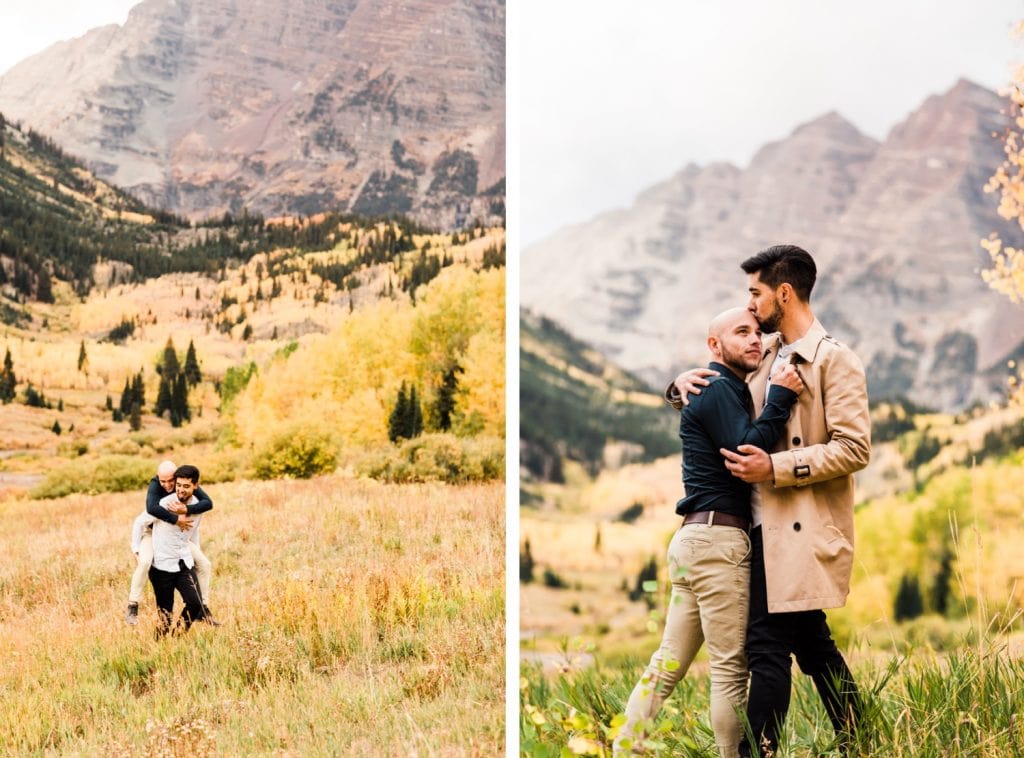 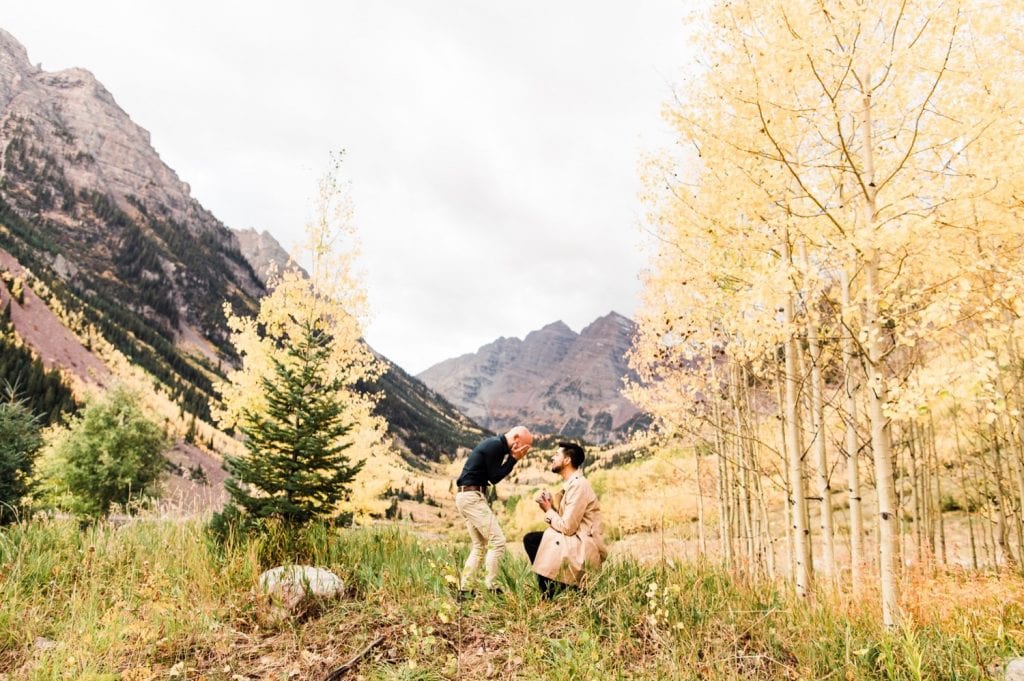 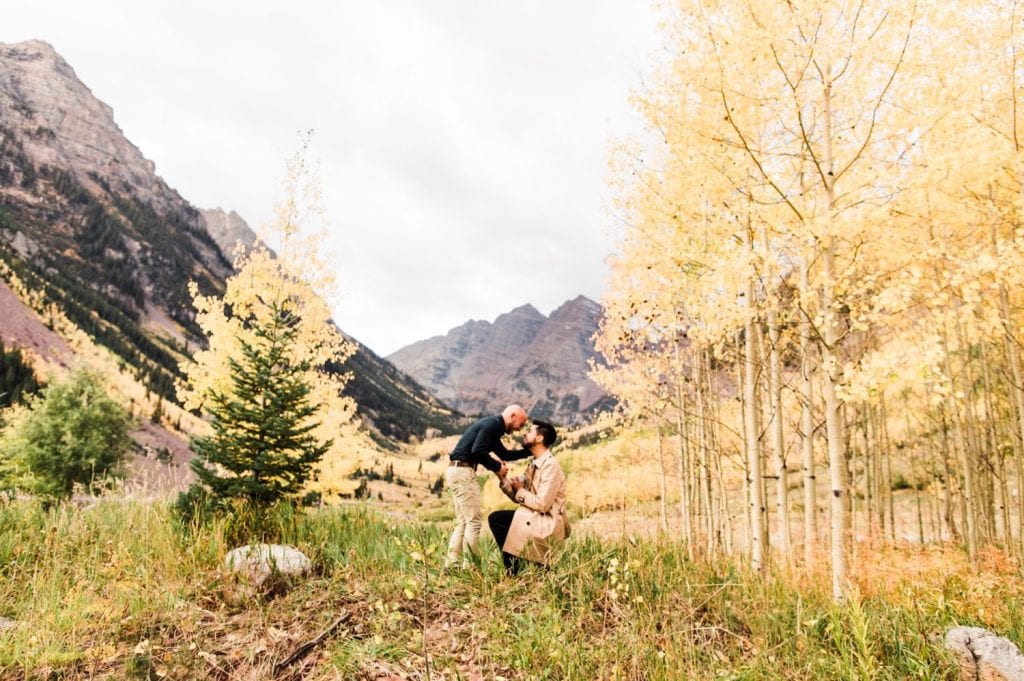 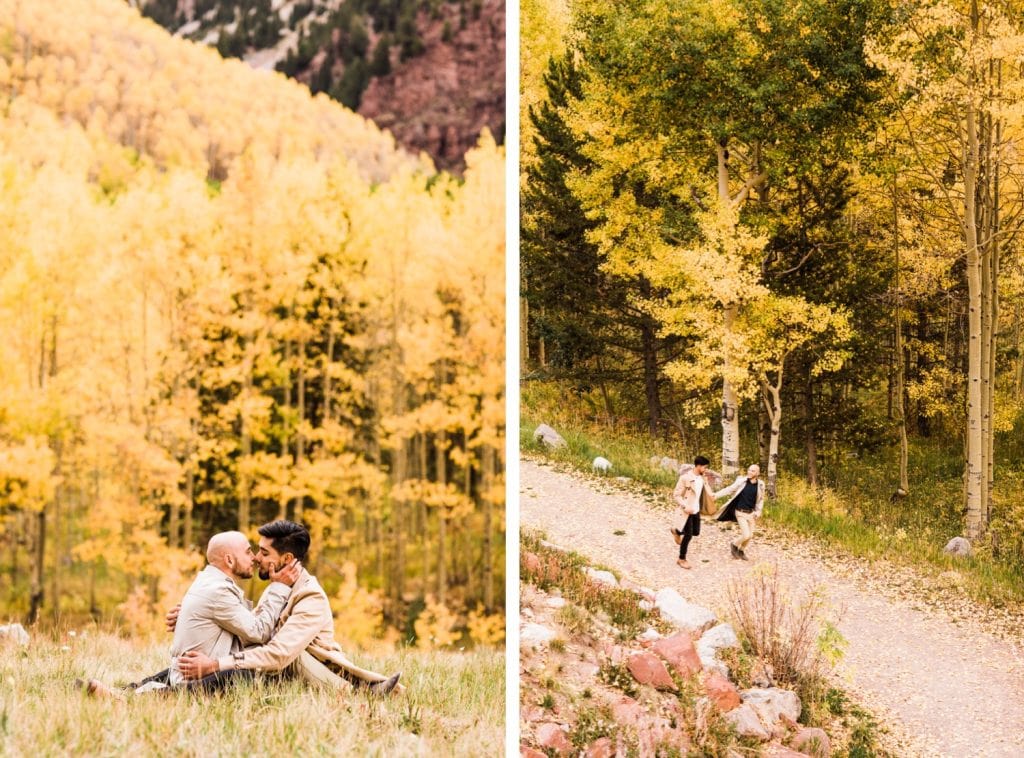 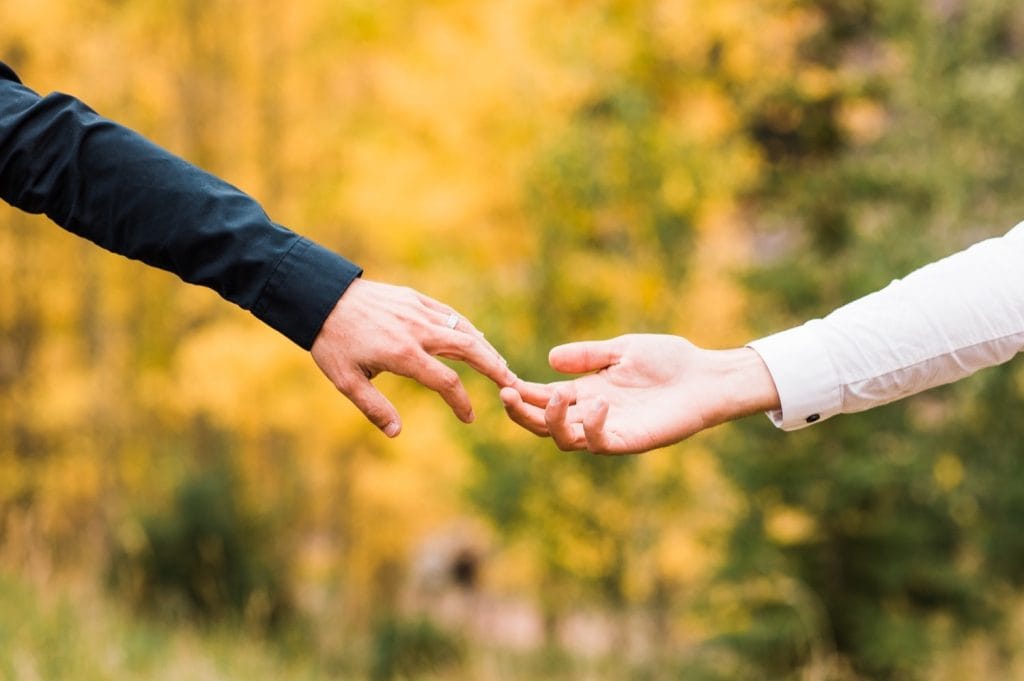 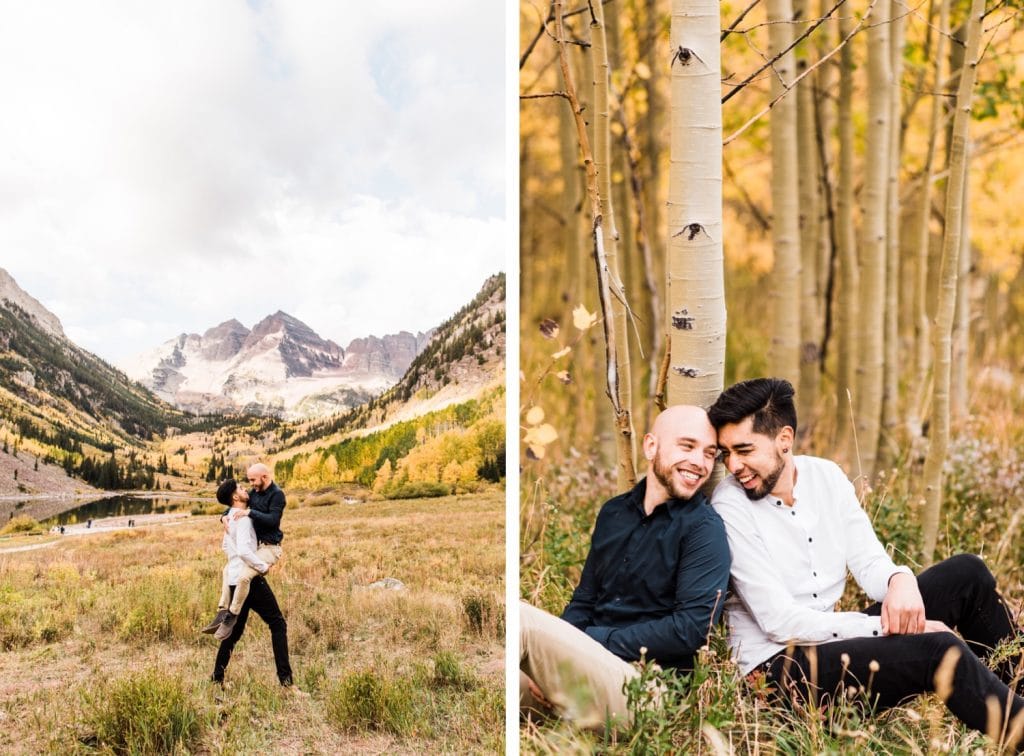 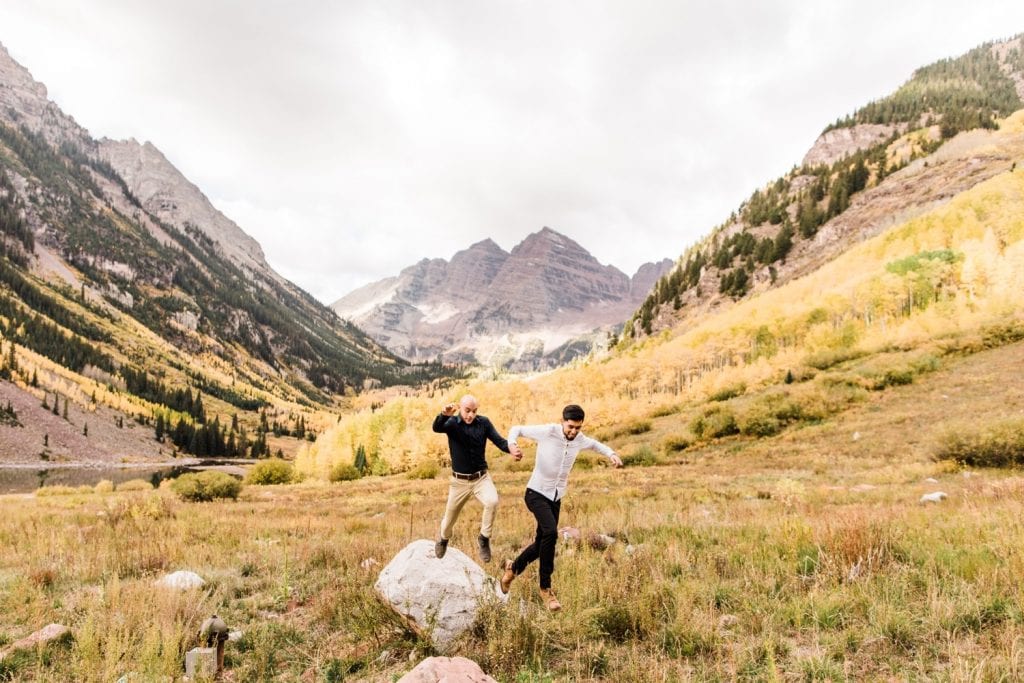 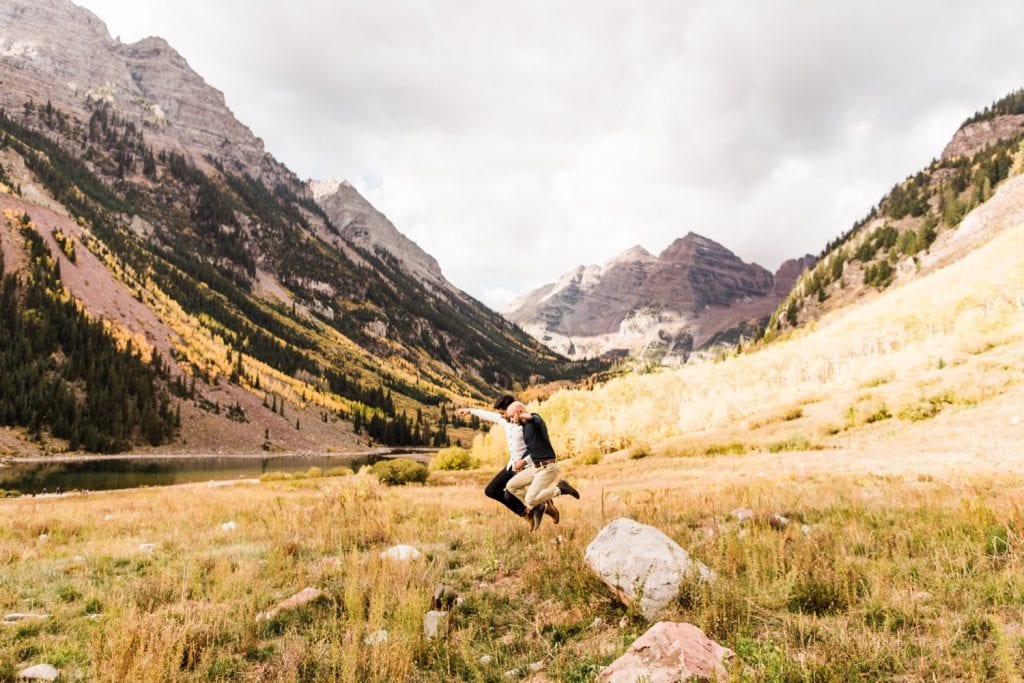 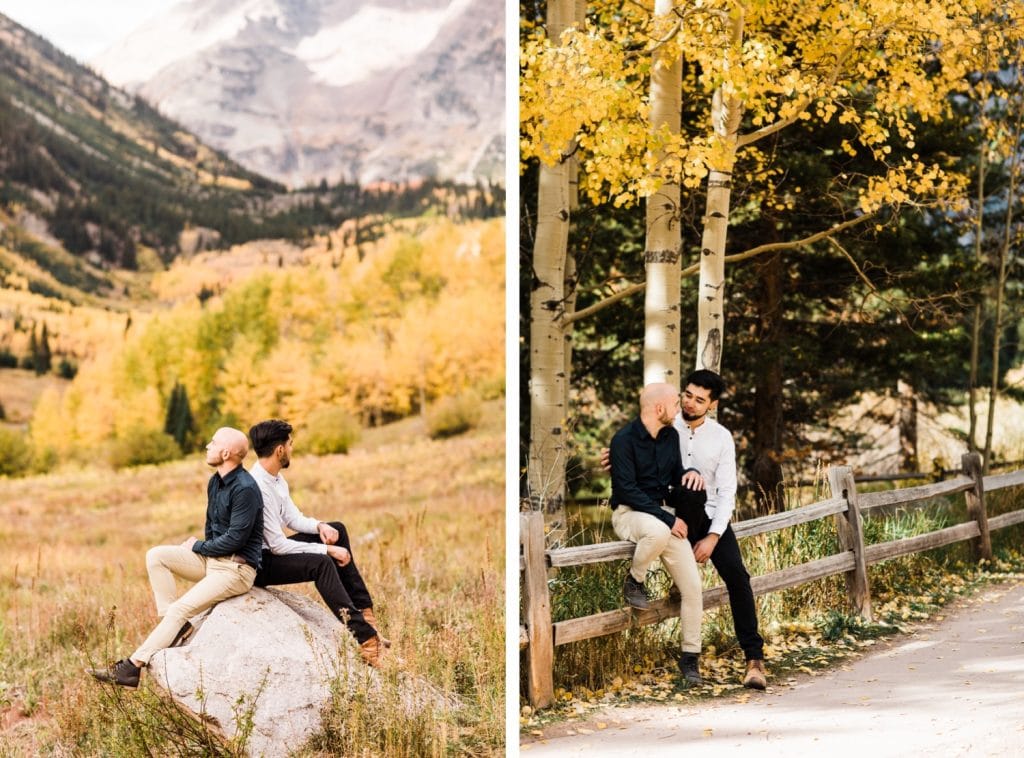 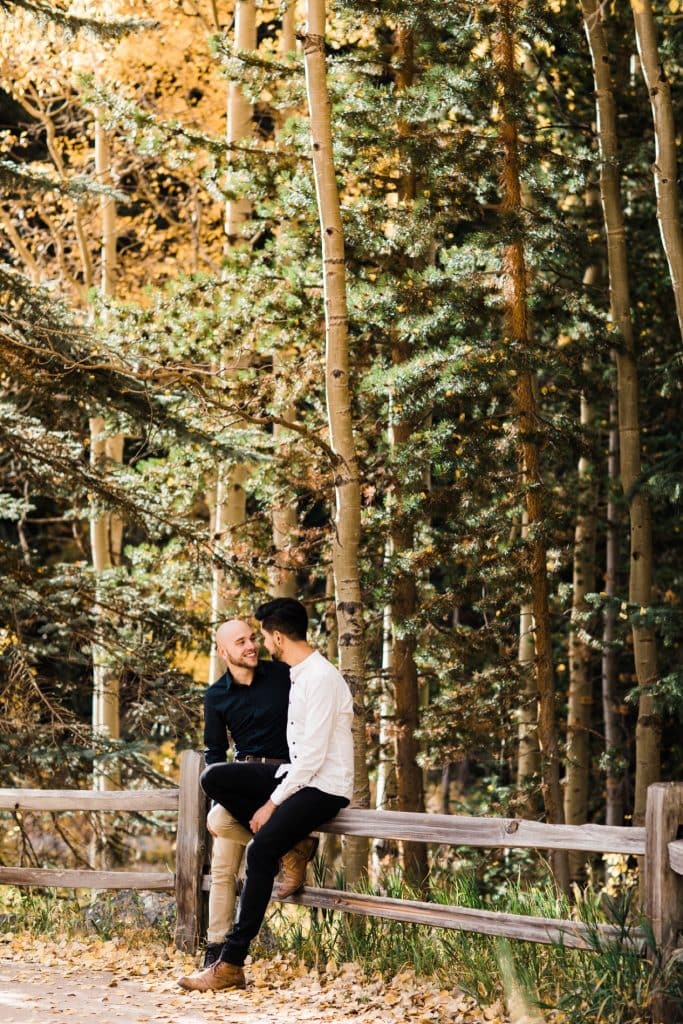 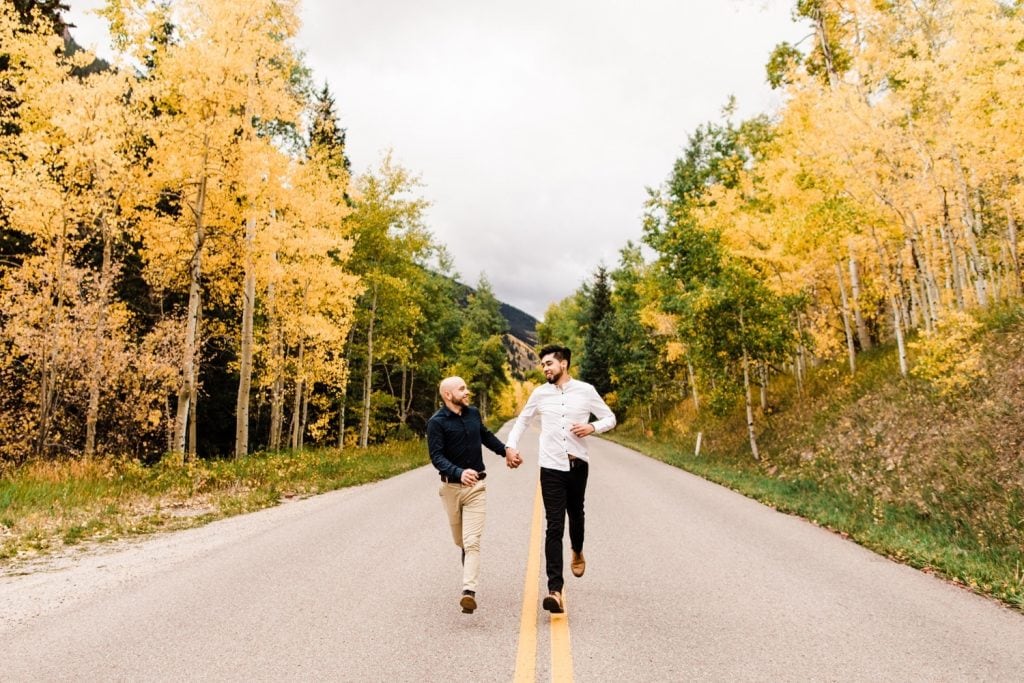 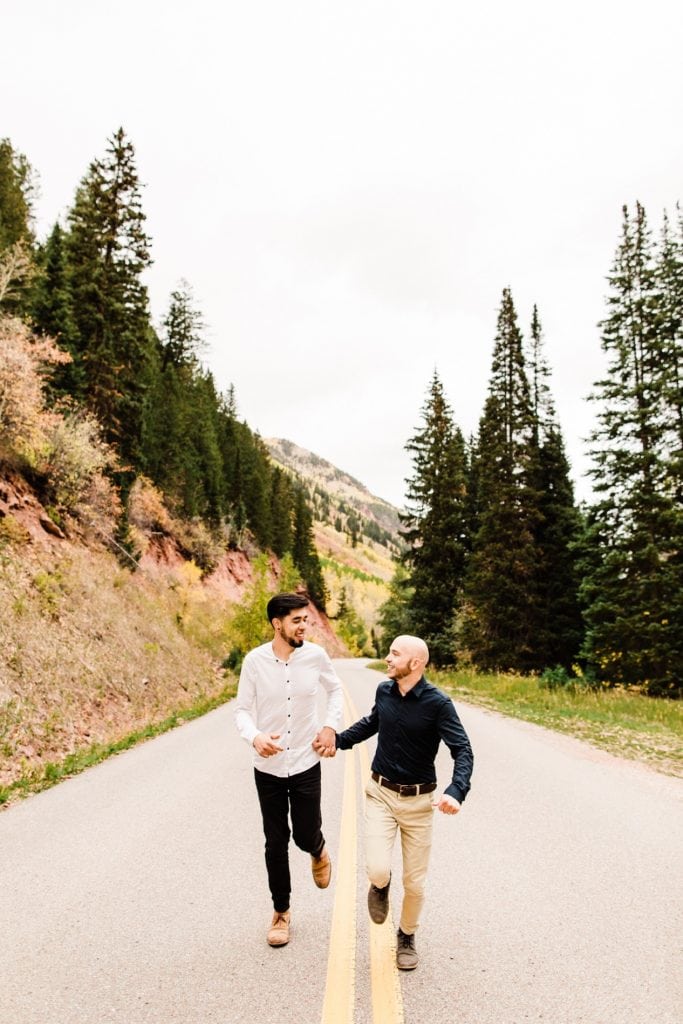 Snow Storm on a Mountain Pass

After we finished up at Maroon Bells, we made our way up a mountain pass right outside of Aspen, where we ran into a bit of a snowstorm. Classic Colorado, with its random snowstorms in the middle of September. 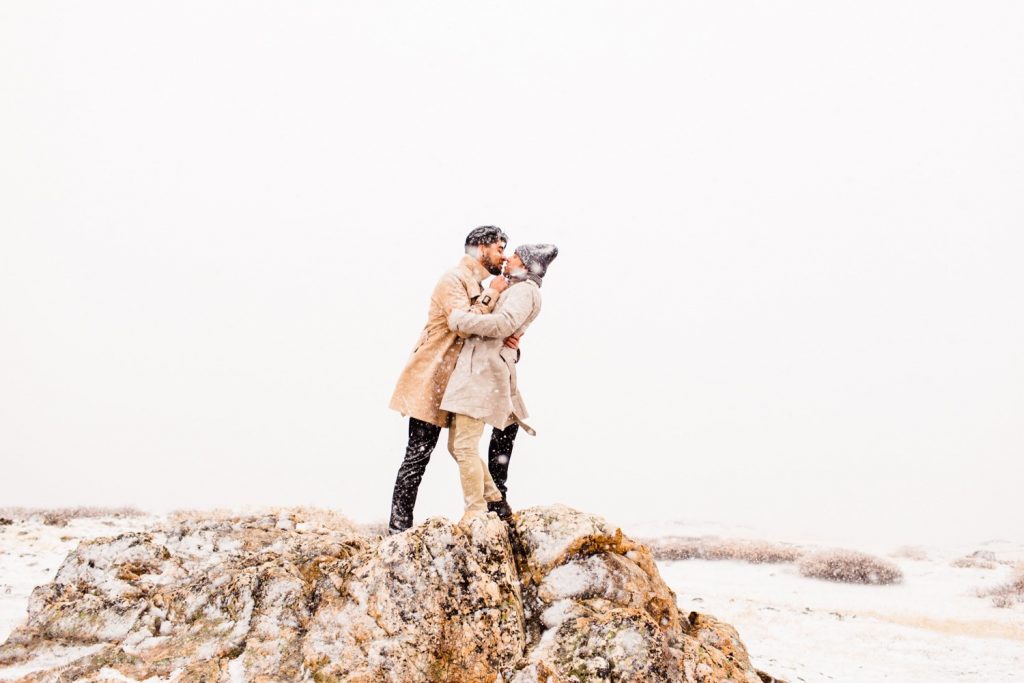 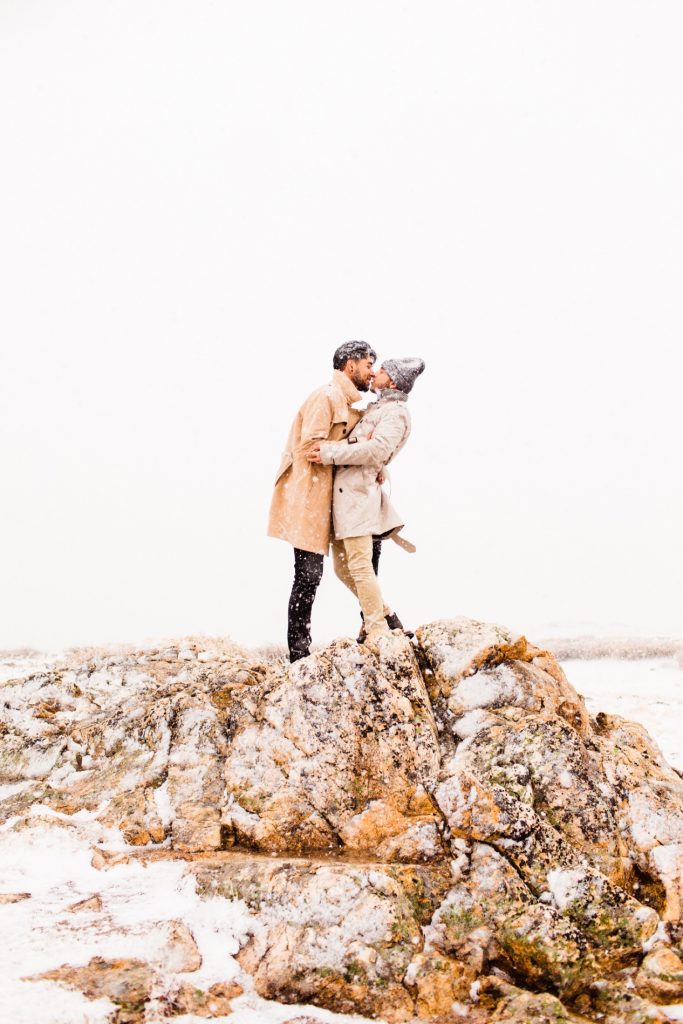 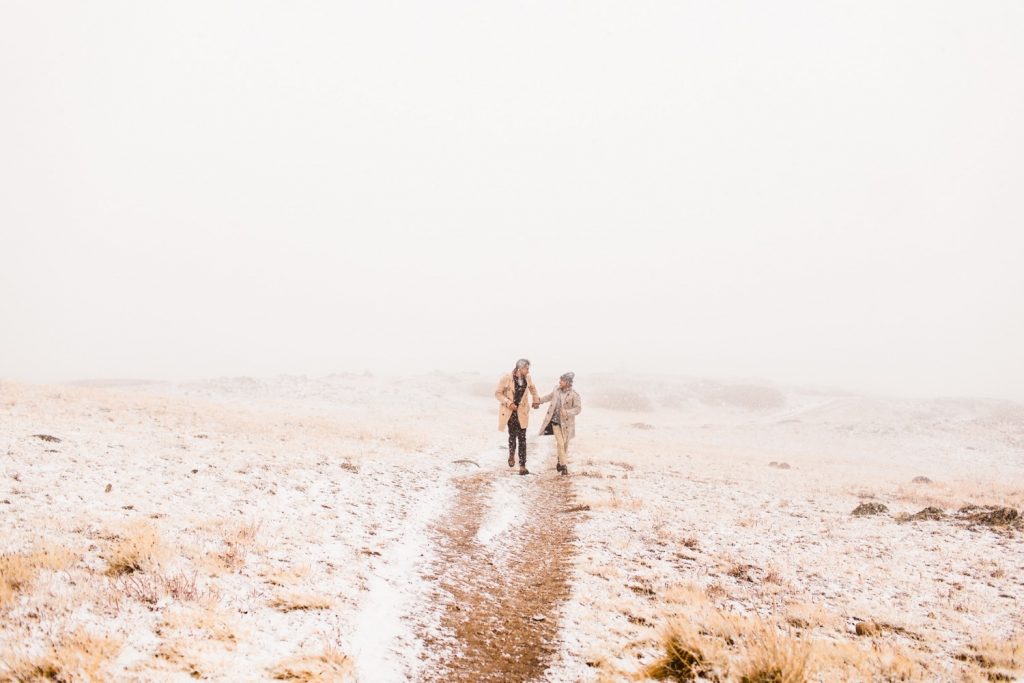 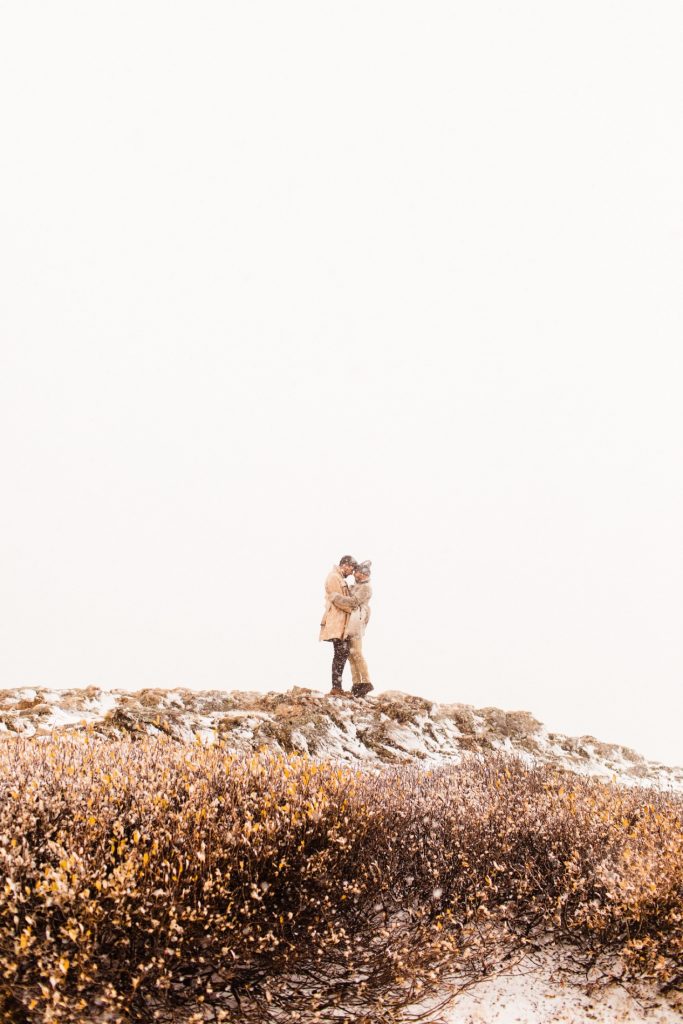 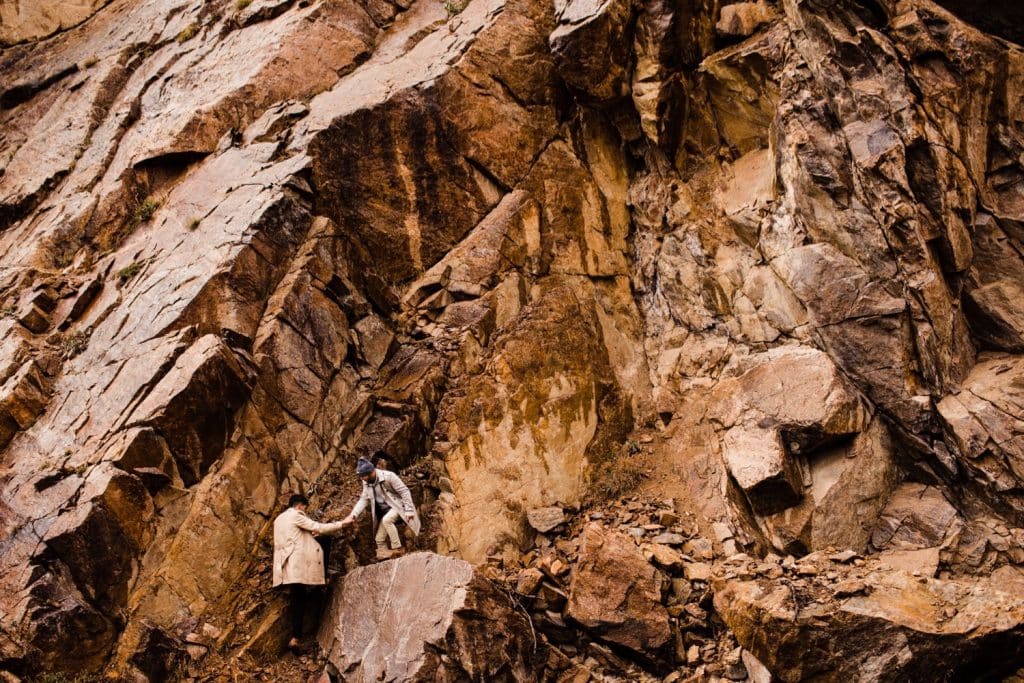 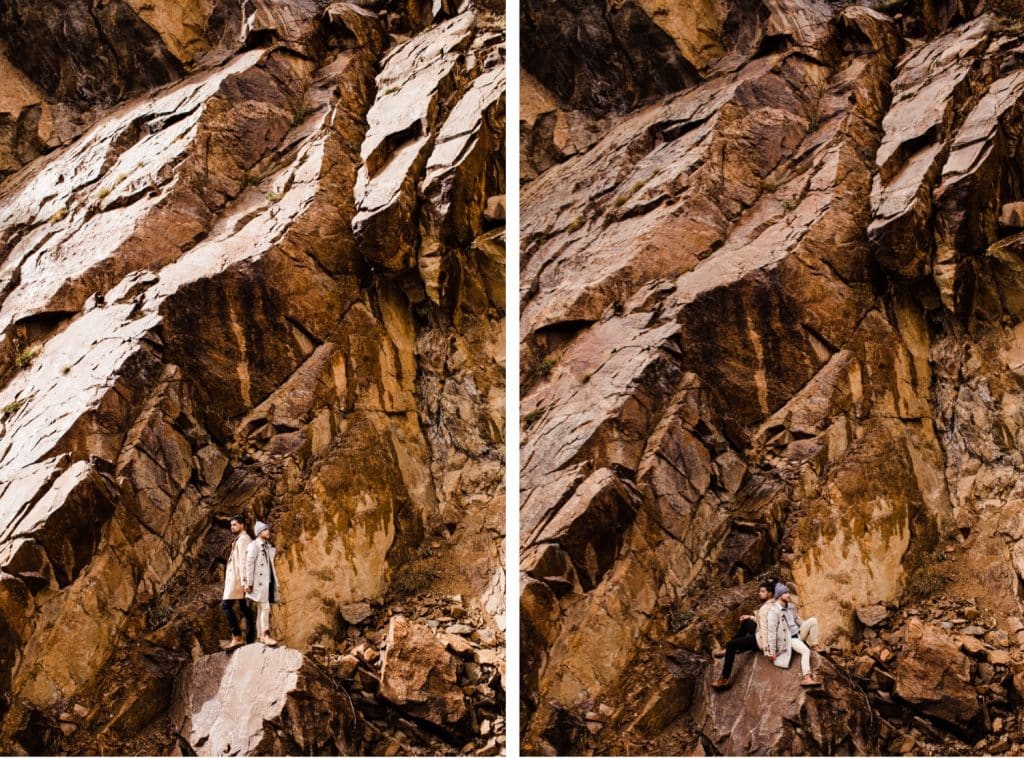 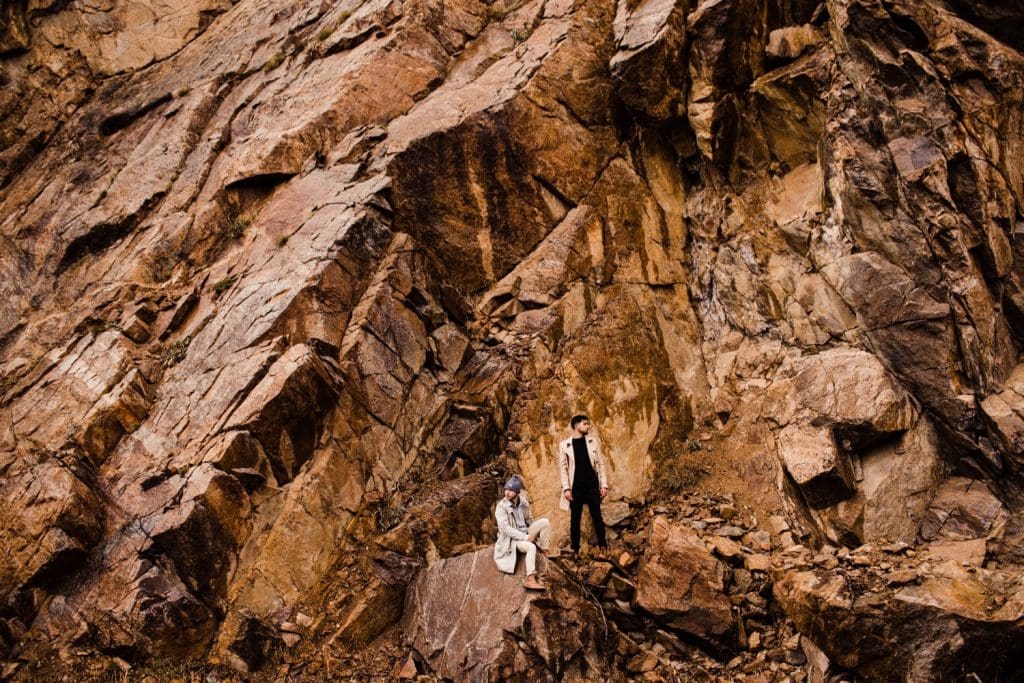 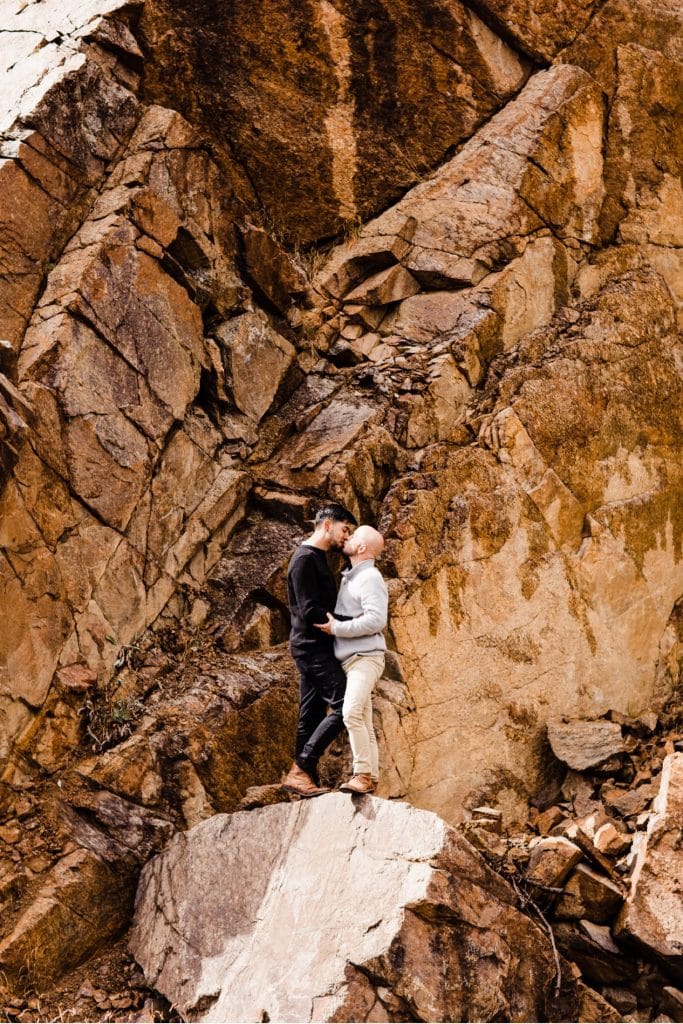 P.S. As adventure elopement and intimate wedding photographers, we pride ourselves on not just documenting your mountain proposal and engagement session, but assisting you with planning all the details. Like finding the most epic spots for your surprise adventure proposal. As we always like to say, we take killer photos of killer people in killer places. So if that sounds like your vibe, let’s chat!

Chat With Us About Your Adventure Proposal!
PrevPrevious2018 Year In Review: Our Personal Adventures
NextWhen To Take Engagement PhotosNext